We craft software, platforms and technology solutions for companies across the world, ranging from startups to Fortune 500 companies.  We are backed by a group of experts with deep industry and technology expertise who can help with not only development but also launch and scaling.

How can we help you ? 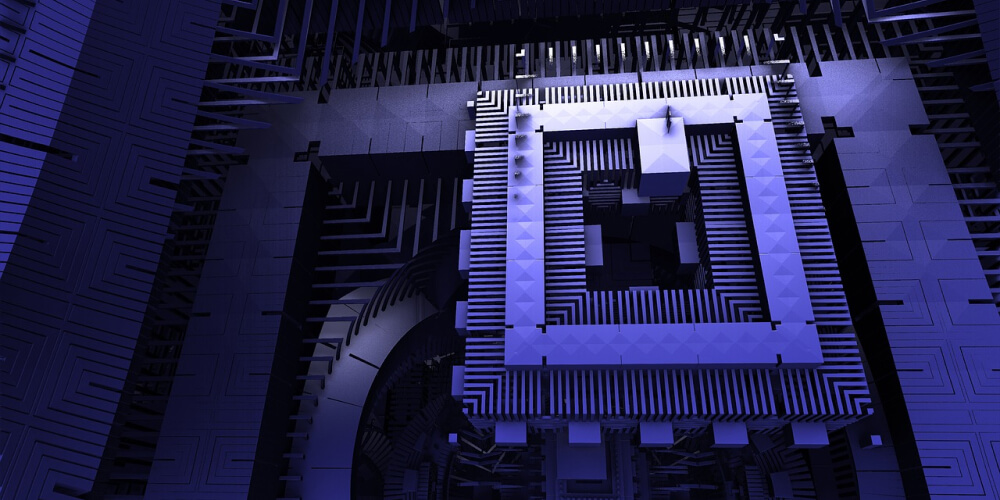 Quantum Computing | The Next Big Thing

When a layman hears the word ‘Quantum Computing,’ it seems like a very futuristic idea. A lab, a computer with several buttons and lights, and a scientist come to mind. Since AI, quantum computing is the upcoming newer big technology. Quantum computer speeds and computational powers are giving it fame. These computers are supposed to be replacing classical computers in the industries. There is a long way to go before quantum computers are available for regular users.

Quantum computing began in 1980. Yuri Manin, a Russian mathematician, proposed the concept. In 1994, quantum computing algorithms for factoring integers came out. So, quantum scientists have been working on this technology for over a few decades. The progress has been plodding.

The current state of the art is that no experiments have demonstrated a quantum advantage for practical tasks yet.” Chao-Yang Lu, The University of Science and Technology of China

Right now, quantum computing’s popularity, when compared to classical computers, first came out. It is similar as just a few of these machines have been sold so far. Scientists working in the quantum physics field are working hard. They know that the technology is still unreliable, which is why classic computers and the internet are still in use.

After seeing so much hype regarding quantum computing systems, no wonder quantum computing is becoming the next big thing. This is fast becoming a million-dollar industry with several startups and heavy funding. IN TWO YEARS, the US government invested over a billion dollars for quantum computer development.

By 2025, this market is projected to reach $770 million. According to the Harvard Business Review, Honeywell anticipates that this market will become a trillion-dollar industry in a few decades. Experts are going as far as to claim that these quantum computing machines can revolutionize climate change management. Seeing that quantum computing algorithms speed up calculations, successful experimentation took place in the cryptocurrency market to incorporate this computing system for cryptocurrency.

Many other startups for quantum computers are starting in the USA. But these are not widely known so that they can be excluded from this listing. China has made progress in this field as well. But there are hardly any widely known companies. The only one that can make a list is:

Both these giant companies compete against each other to outdo the others’ work. They are focused on “full-stack” business models. Baidu is developing a hardware model which can be universal.

The recent releases of Quantum Computers

Back in 2019, Google launched the Google quantum computer, with a 72-qubit processor, which could make calculations within 3 minutes. They claimed it was the fastest quantum computer made to date. The same math would have taken regular computers thousands of years to complete. So, Google’s claim did become validated.

In 2020 and 2021, China had released two quantum computers. These took over the race entirely. They are the fastest-released quantum computers in the world. Zuchongzhi 2.1 is a 66-qubit quantum computer in the University of Science and Technology. They ran a calculation on the device. It took this computer about an hour and a half. The world’s fastest supercomputer would have taken an estimated eight years to complete. This broke the 2019 record set by Google quantum computer.

Quantum computers have a profound impact on future technology. It will change the way businesses conduct work. Some advantages come to mind. These advantages are discussed in this section below.

Yes, quantum computing is a revolutionary technology that can potentially find lifesaving cures and help other scientific breakthroughs. Yet, it is still early to predict the outcome of this market and its success. This increasing investment could have drawbacks in development, but quantum computing does seem to be the next big thing in technological advancements in the next few decades.

PrevPreviousBlockchain Uses in Finance
NextRPA (Robotic Process Automation) Trends in 2021Next
We use cookies on our website to give you the most relevant experience by remembering your preferences and repeat visits. By clicking “Accept”, you consent to the use of ALL the cookies.
Do not sell my personal information.
Cookie SettingsAccept
Manage consent

This website uses cookies to improve your experience while you navigate through the website. Out of these, the cookies that are categorized as necessary are stored on your browser as they are essential for the working of basic functionalities of the website. We also use third-party cookies that help us analyze and understand how you use this website. These cookies will be stored in your browser only with your consent. You also have the option to opt-out of these cookies. But opting out of some of these cookies may affect your browsing experience.
Necessary Always Enabled

Performance cookies are used to understand and analyze the key performance indexes of the website which helps in delivering a better user experience for the visitors.

Analytical cookies are used to understand how visitors interact with the website. These cookies help provide information on metrics the number of visitors, bounce rate, traffic source, etc.

Advertisement cookies are used to provide visitors with relevant ads and marketing campaigns. These cookies track visitors across websites and collect information to provide customized ads.

Other uncategorized cookies are those that are being analyzed and have not been classified into a category as yet.